A ruling set in California may bring mandatory minimum wage to real estate employees, which could affect independent contractors. 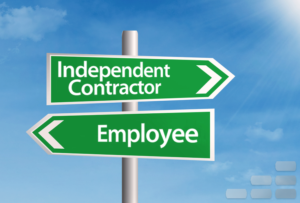 A ruling set by the California Supreme Court on April 30th declared discrepancies between the definitions of employees and independent contractors, through Dynamex Operations West v. Superior Court of Los Angeles. This ruling may very well bring out a mandatory minimum wage for real estate workers, which has many professionals flustered.

While this may seem like a wise decision on the surface, as it makes sense that most real estate workers would be labeled as “employees,” it may cause a significant amount of harm to independent contractors.

Under the ABC test, a worker must qualify under three categories in order to be considered an independent contractor, as listed below from the ruling:

While Californians are viewing this as an end to IC real estate, many states have actually been using the ABC test for years – and it seems to be working for them. While the change in tests may have a few repercussions, we can’t assume that it will lead to anything drastic. But for now, it doesn’t change the fact that the California Supreme Court has some very upset real estate professionals on their hands.

How Do You Know When A Lead is Dead 0