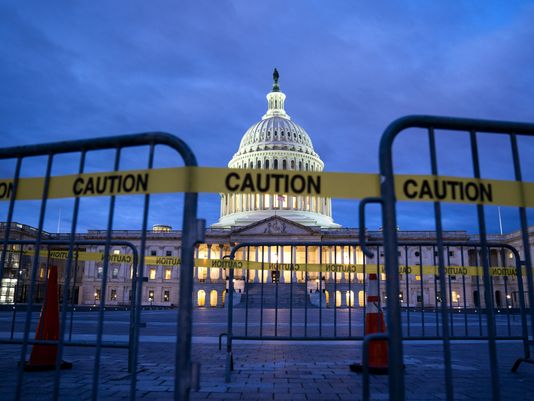 The Wake Of The Government Shutdown

The government shutdown may be over, but its effects may linger on for months to come.

The public is highly susceptible to any major events in the nation, and even those that do not directly pertain to the housing market can have effects there. Consumers are very wary of the hidden connections between the economy and the workings of the government.

Now that the longest government shutdown in history has come to an end, it may be time for a postmortem. What effects did this event have on the economic climate, and specifically the housing market? What effects may it continue to have?

It was difficult to ascertain the impetus for this slowdown, however. Traditionally, such drop-offs are associated with the rollout of new government programs, or they may signal a slowdown in the economy at large.

This is yet another example of how tangentially related aspects of the economy can be mysteriously intertwined in the minds of consumers. The economy as a whole is undoubtedly interrelated, but most consumers do not know exactly how.

In the absence of any concrete links between different sectors of the economy, pessimism acts as a safety mechanism. Consumers leap to the most catastrophic conclusions and respond by over-exercising caution.

The caution they exercise is not limited to the sector they are worried about, however. A slump in the stock market can cause consumers to freeze not just in that arena, but in arenas of other investments as well, such as real estate and general spending.

It is possible that there is an upside to this downturn after all. When the caution of December and January wears off, the market could slingshot as delayed demand catches up. That demand has been passively pent-up while the public waited to see what would happen on the government shutdown front.

With some outlets predicting that demand will remain depressed throughout 2019, this delay may be a good thing. Demand has a chance to play the underdog in this economic tug-of-war, and to surprise the experts when whatever led to the recent caution wears off.

However, this rebound may be a bit slow in coming. People and organizations across the country are still working to determine what lasting effects the shutdown will have on everything from national parks to craft breweries.

Some of these effects may seem trivial, but each of them represents part of the lifestyle of a community and the individuals within that community. Homeownership is another part of that lifestyle, and there is no telling yet how it will be impacted.

The best thing that you can do for your clients is to assure them that they can still make safe investments in their own economically sound future, regardless of the tumult raging above them.

When Buyers are Liars: How to Deal with Deceptive Clients 0