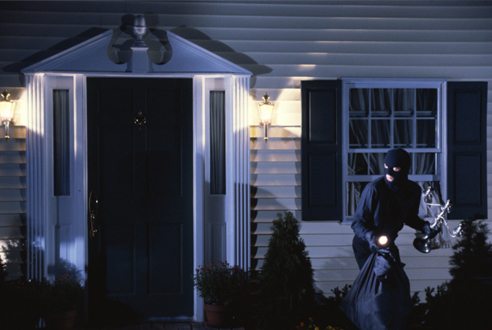 Property crime is decreasing across the U.S.

If you are a homeowner, we have a piece of information that will bring a bit of ease to your mind: property crime has decreased throughout the United States, according to statistics released by the Federal Bureau of Investigation.

The FBI defines property crime as “burglary, larceny-theft, motor vehicle theft, and arson.” It was found in their report that all of those charges listed were decreased by 3% from 2016 to 2017.

Throughout the 2017 year, the victims of property crime totaled a whopping $15.3 billion in property damages. You may think that’s outrageous, and it is – but it’s actually much better than we’ve done in the past. Burglaries are down a significant 7.6%, larceny thefts are down 2.2%, and while motor vehicle theft may have rose a bit, it is insignificant at 0.8%.

While this is scary information to think about, the report also demonstrated that homeowners are more likely to fall victim to minor property crimes than the major violent crimes that everyone fears. Property crimes are more common than violent crimes, and even those are on a steady decrease, due to new security systems and better neighborhood security.

Basically, what we are saying is that if you are a homeowner, you should be able to sleep a little better at night knowing that you’re safer than you may think. While you should always be alert of your surroundings, the chances of falling victim to any kind of crime is much lower than most people think.

Mistakes to Avoid as a New Agent 0